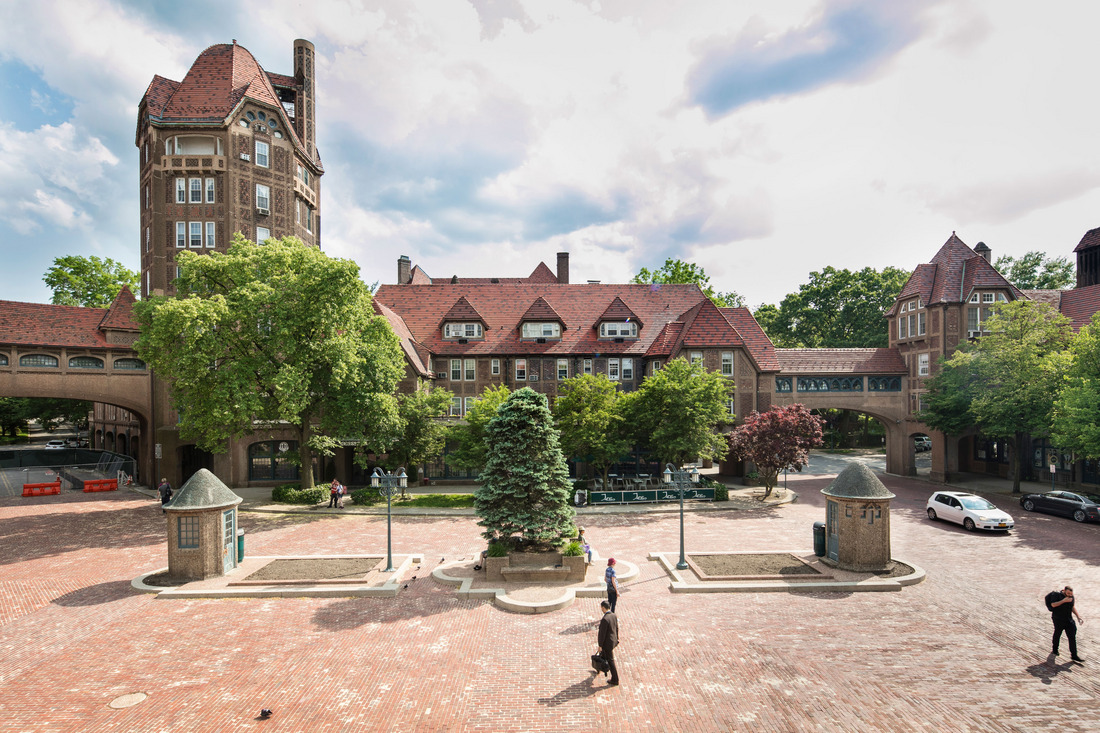 New York’s comeliest blocks are mostly the product of accident or repetition. Some are haphazard accumulations of ornate façades that acquired atmosphere over generations of construction, demolition, and rebuilding. Others are uniform chains of brownstones. Station Square in Forest Hills, on the other hand, is both alluring and anomalous — not a block, exactly, but a planned piazza that isn’t even wholeheartedly urban. After years of scaffolding and orange cones being shunted from facade to street and back again, the square has just reopened to pedestrians, renovated and camera-ready. (And the neighborhood corporation that manages it is apparently considering keeping car traffic permanently away.) But it is more than a pretty place: It represents an important episode in the story of how New York became modern.

In the early years of the 20th century, when Manhattan was growing taller, vaster, and more crowded by the day, Station Square, the centerpiece of the new outlying development of Forest Hills Gardens, provided a caesura at the end of the day for midtown workers, who could hop off the train and take a deep breath of serenity before walking home. The tightly planned neighborhood is neither pastoral nor quite suburban, but an urban antidote to Manhattan’s dense chaos.

Station Square was explicitly designed to charm. From the LIRR station’s elevated platform at Forest Hills, commuters gaze down on a stage set, a fantasy village fitted out in mock-Tudor regalia: gables, greenery, dormer windows, eaves, arcades, wrought-iron lanterns, turrets — even a sort of castle keep. That faceted tower (once the Forest Hills Inn and now an apartment building) sports a sort of Robin Hood cap for a roof, its feather a skinny chimney. You half expect a herald in a velvet doublet to sound a fanfare every time a train pulls in.

A Look Back at the Spanish Flu of 1918
Tell us “Why” you chose to live in Forest Hills Gardens, a 2020 update 100 years into Gardens history.