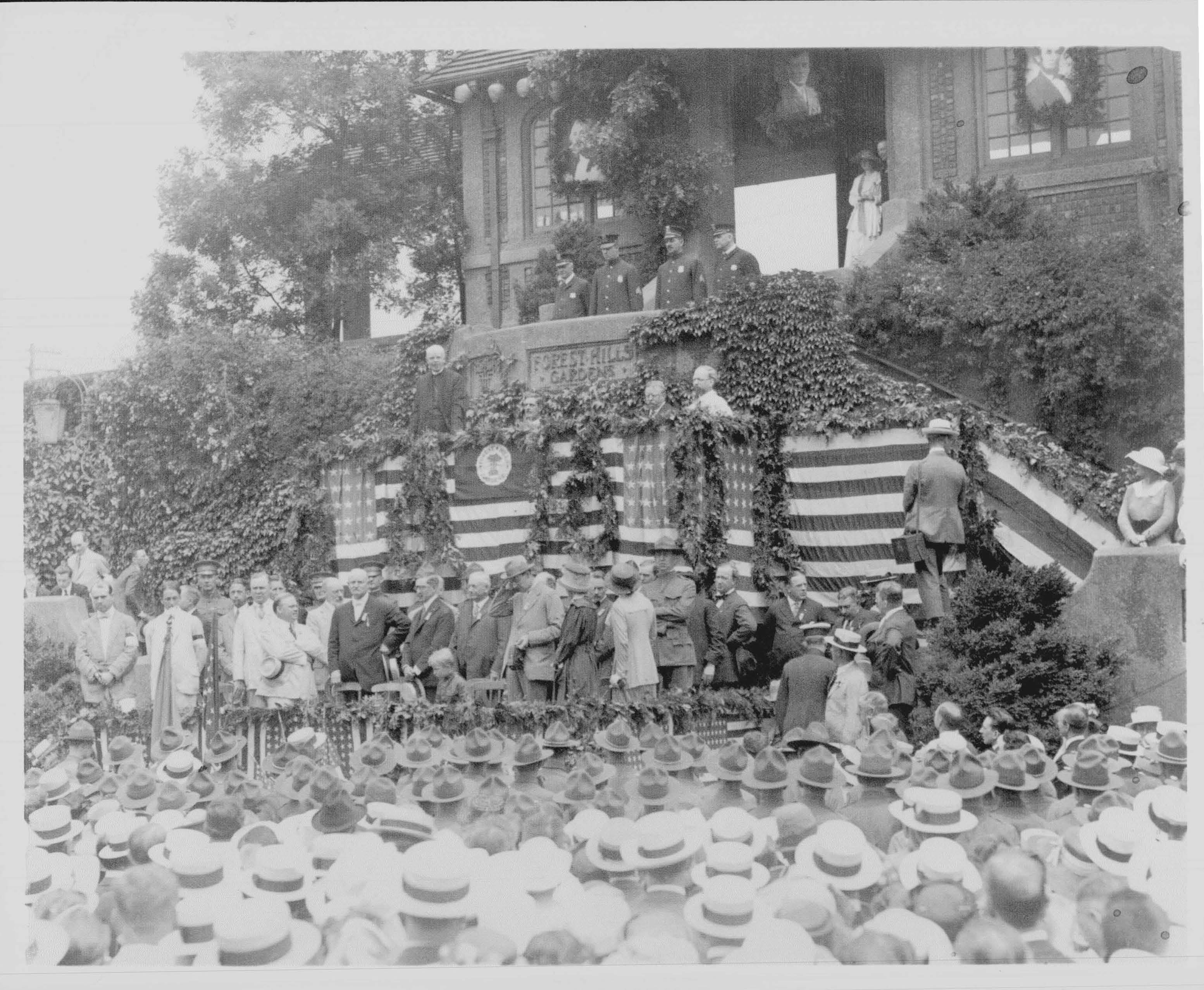 The most memorable event was on July 4, 1917, when Theodore Roosevelt, the 26th U.S. president, stood atop the Long Island Railroad station in the exquisitely decorated Station Square and delivered his “One Hundred Percent American” unification speech to 3,000 onlookers. Addressing WWI, he pleaded for a single standard of patriotism and loyalty to the America of George Washington and Abraham Lincoln.

“There can be no half and half attitude in this war, and no honorable man can afford to take such an attitude,” he said. “Either a man is an American and nothing else, or he is not an American at all.”

“The Gardens will be glad to welcome the Colonel,” read the Forest Hills Gardens Bulletin. “Called our greatest private citizen, the Colonel isn’t private at all. He belongs to all of us, he is the biggest human dynamo in the country.”