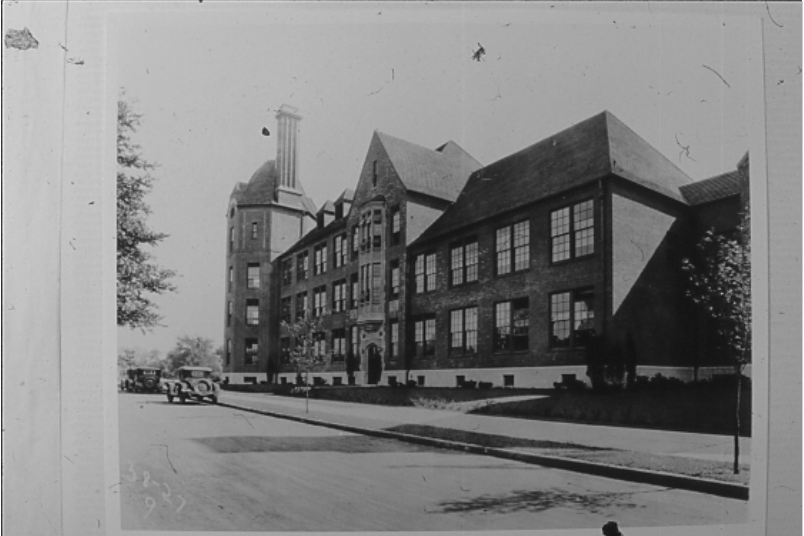 Story as it appeared in the Queens Ledger.  Floyd was one of the original students of PS 101 when it opened.

Born in 1922, one of the Forest Hills Gardens’ oldest residents is Floyd Hasselriis, who lives with his wife Helen, and is proud to tell his Forest Hills story, which includes the life of his father, Malthe M. Hasselriis (1888 – 1970), a nationally recognized artist.

Hasselriis’ grandfather was a native of Denmark and arrived in Whitepot in 1904, which would be renamed Forest Hills in 1906. He lived in the earliest Neo-Renaissance rowhouses on Roman Avenue (now 72nd Avenue) between Austin Street and Queens Boulevard.

He had two daughters, who wed brothers Caspar and Malthe Hasselriis, and each had four children. In 1916, Malthe purchased 116 Ascan Avenue for $16,000, which was the birthplace of Norman, Jeanne, and Floyd. In 1923, they moved to a larger home at 52 Seasongood Road.

As an apprentice, Malthe painted old houses, and afterwards worked with Royal Mural Painters in Copenhagen castles, mastering the technique of staining glass windows and painting murals. In America, Malthe began as a commercial artist who illustrated the faces of models for fashion catalogues.