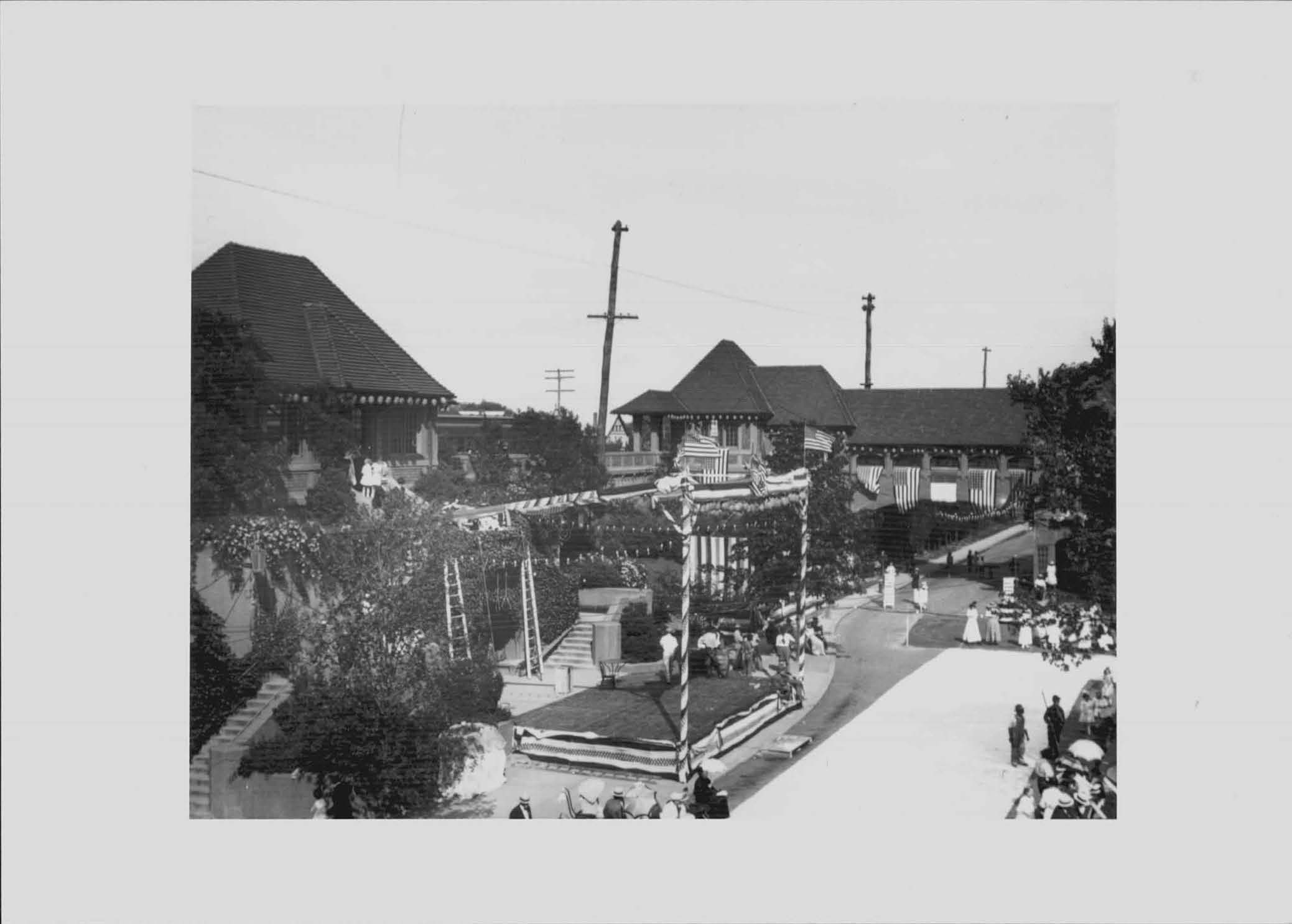 Story as it appeared in the Queens Ledger

Historically, music has played a significant role in Forest Hills Gardens celebrations, so attendees can expect to rejoice to the sounds of John Philip Sousa, a late American composer, who is noted for his patriotic and military marches.

Stepping back in time, Forest Hills Gardens witnessed the light of very elaborate 4th of July commemorations on the actual date. The teens are nearly a century ago, so let’s place our modern minds into the shoes our ancestors walked, and stand in the footsteps of triumph in our country’s earliest planned garden community. Station Square, Village Green, and Olivia Park were classic sites of rich tradition, and exist in a pristine state to this very day.

July 4, 1914 marked the Gardens’ first annual Independence Day celebration. Since the population of the community was minimal, and Forest Hills at large was a small town, the first celebration was noted for its camaraderie.