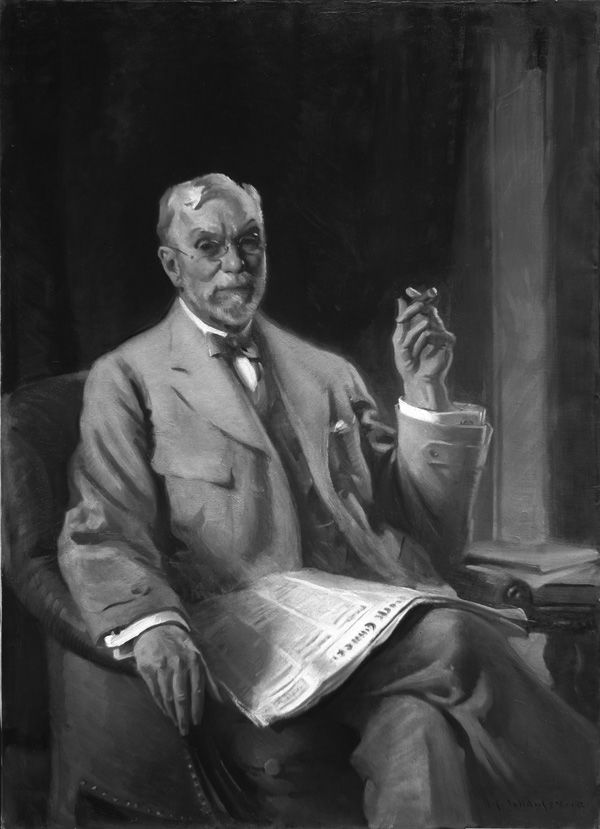 The Unknown, Unsung Father of The Gardens

Many of us know the people whom loom large in the history of The Gardens; Olivia Slocum Sage, Russel Sage, Grosvenor Atterbury and Frederick Law Olmstead Jr.  Their names are in our minds and some are actually on our streets.  But who brought those people together?  There is someone else responsible for that, a name not so well known, but without him there would have never been a Forest Hills Gardens.

As observed by former FHG Foundation President and local historian Bill Coleman, “Robert De Forest is the one person who never gets the appropriate praise, who is our real, if unsung, founding father:  Mrs. Sage had serious reservations about dedicating one-sixth of the Sage Foundation endowment (endowment was $10 million in 1907) to the creation of the Gardens, but he convinced her otherwise and discretely acted as The Gardens benefactor until, as the second President of the Sage Foundation, he had the streets and parks deeded to the FHG Corp in 1923. . .  without him there’d never have been a Forest Hills Gardens.”   How different would the FHGC’s start been if they had to buy the infrastructure of The Gardens?

So, he had the vision to create the community we call The Gardens and sought out and hired the people who made it the special place it is today.  We owe much to him and the FHG Foundation would like his role to be better known in the community and encourage the entire community to recognize his contributions.

If you Wiki Robert De Forest, you would find that he was also a proponent of public housing (the first New York City Commissioner of Tenements, 1901), a patron of The Arts (President of the Metropolitan Museum of Art, 1913), co-founder of, and served as the first President of the Provident Loan Society, which offered the poor low interest loan alternatives starting in 1894.  He also dedicated personal land that became part of the Northern State Parkway.  Quite an accomplished and impressive man who made significant contributions.

When he passed away in 1931, his obituary ran on the front page of the New York Times.

Here is that obituary: